The GLOSA (Green Light Optimized Speed Advice) PRE-TESTFEST took place in the City of Helmond, the Netherlands on 13th and 14th of June 2018. The PRE-TESTFEST was organised in anticipation of the Hybrid TESTFEST in the UK in October 2018 and within the context of the international InterCor project. The InterCor project in the Netherlands is coordinated by Rijkswaterstaat and aims at the role-out of cross-border and interoperable C-ITS services in Europe. The PRE-TESTFEST was organized by the Province of Noord-Brabant and the City of Helmond, together with their UK InterCor partners.

The purpose of the PRE-TESTFEST was to validate the interoperability of C-ITS Hybrid GLOSA services based on the common set of specifications developed in the InterCor project. The GLOSA service offers the driver an advised speed in relation to remaining green light time as they are approaching the intersection or an estimate of when an upcoming red light will turn green.

Goals and scenarios tested during PRE-TESTFEST: 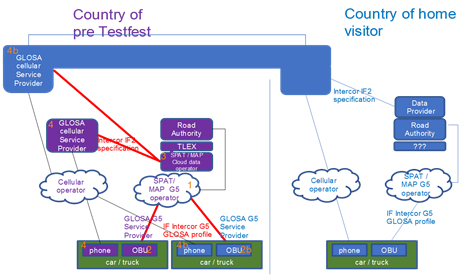 Figure 1. Scenarios for interoperability testing of the GLOSA service.

A novelty of this TESTFEST was the fact that two communication systems, with the abilities to be used separately or in hybrid mode, were operational and generated advice that was sent to drivers:

On June 14th, over 50 people attended the public plenary session of the PRE-TESTFEST that was moderated by ERTICO ITS Europe and where results were presented. Main result was the fact that service providers from different countries (NL, UK, B-FL, F, AT) were able to receive messages sent by the roadside units in the traffic lights. They could all decode the messages and generate a GLOSA recommendation. This demonstrates that InterCor GLOSA specifications (profile 1.2 and hybrid data interface 2) make cross-border and interoperable services possible .

Between the two communication systems, a delay (1 or 2 seconds) was detected in the recommendations presented to the drivers. Further research of logging data is necessary to determine whether this was caused by latency in the network or by the user’s distance from the traffic lights or implementation in service provider applications; and to what extent this can be compensated by different traffic control prediction services.

Participants noted some additional findings and recommendations for improving specifications on GLOSA services and Interface 2:

The most important observation during PRE-TESTFEST is not a technical issue, but one found at a functional and traffic engineering level. Intelligent traffic lights in Helmond that generate green and red light times are determined by adaptive algorithms (which depend on traffic, predictions, and priority requests). This causes fluctuations in time to green and red light changes, making it more difficult for service providers to advise drivers on speed in an efficient manner.

This PRE-TESTFEST created common awareness on the need of further discussion and information exchange on intelligent intersections between service providers and road authorities in order to ensure the best path forward for safe and efficient traffic. 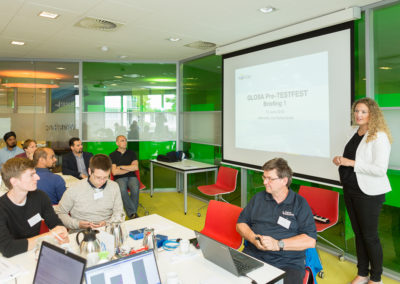 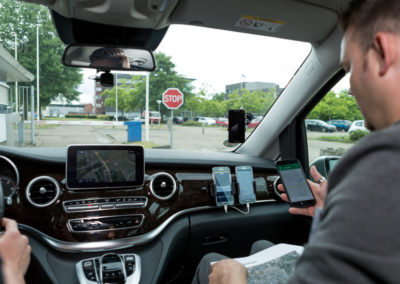 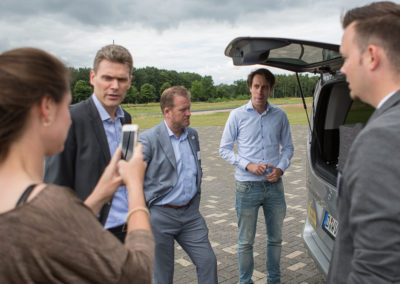 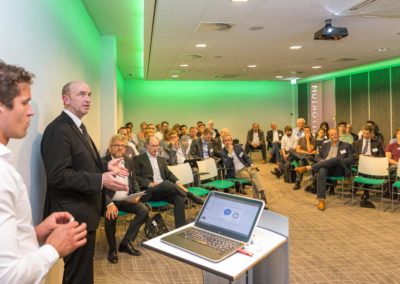 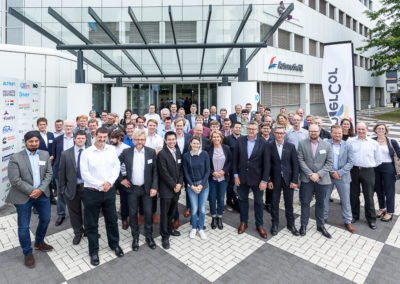 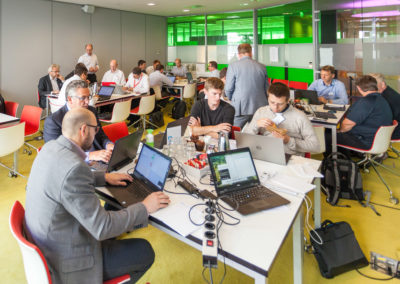 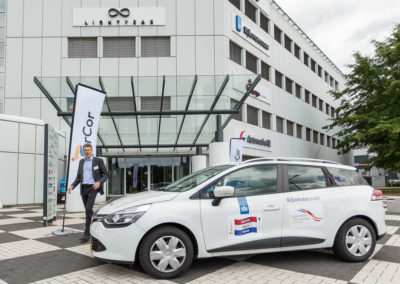